Over the past few days social media is again ablaze with outrage. This time it's over how some teen boys reacted to...well you know. This post is not related to this one incident.

I really don't even know where to start with this as I cannot even understand where we are as a country. In fact I just wrote a bunch of stuff and then backed up and started here again. I think the thing I struggle the most is with judgement. Although I have had many non Christians try to tell me that the Bible says not to judge that just simply is not true. By the way, instead of just repeating what others have said, try to study the Bible before you use it to argue against someone. You wouldn't argue with a architect without understanding something about architecture would you? Good. Hopefully I just saved you from looking like a fool. The Bible does tell us to judge but here is what so many get wrong about judgement. Judging someone's actions are fine and good. Judging someone's heart is wrong. In other words, someone steals bread. Wrong. Someone steals bread to feed his family? His actions are still wrong even if his heart was in the right place, and the worst judgement is when you assign the motive to their actions without knowing what it was.

Today everyone seems to know the heart of everyone else. Sometimes actions may look like one thing but where their heart is, is another. I find it mind blowing that everyone seems to know, without question, the heart of others. Because they are so sure they then feel justified in calling out, shaming and even destroying said person. In fact we have become so effective at discerning someone's heart that we need not be present. We need not know those involved. We need not know anyone who was present. We need not do any research. We just need to be told by our like thinking friends, news source, websites, and social media what to be outraged about and then we pick up our pitch forks and post! 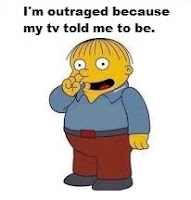 The worst part about Trump's being elected is how we have reacted to his presidency. I have watched people I used to think were great, fine, smart individuals turn into the most hateful, angry, mean spirited people. Before you say, "Hey Timo! Are you judging?" Yes, I'm judging actions. I have watched these people take down others, some longtime friends. I have listened to and read posts that are so full of hatred for others for simply having another point of view. Everyday full of outrage and bitterness. I myself have been the focal point of these attacks. I was even attacked for suggesting we take a break from politics. How dare me!

I have watched and I cry for my children as I think is this what we really want to leave them? Is this what we want to model for them? I for one do not. So I do not engage in this childlike behavior. I sit back and take notes. Trump will be out of office someday and his role in my life and yours will be gone. I will forget about Trump, but I will not forget the actions of those I know. I will not forget how I witnessed you treat others. How you judged the heart of others. The names you used. How you behaved. I know you feel justified. I know you feel as your fighting the good fight, but there is no nobility in taking someone down to elevate another. I will be judging, your character, and the true effect of Trump's presidency is that it will take me a lot longer to get over and forget your actions than those of the president.

Gillette Is Not the Problem

News feeds across social media are filling up with the current outrage. In case you haven't heard Gillette made a commercial where they changed their tag line from "The Best A Man Can Get" to the "Best A Man Can Be". In the ad you see men looking in a mirror while in the background you hear television news reports about the #metoo movement. Then what follows is a series of shots showing men disrespecting women. In one scene two boys wrestle while the dad's exclaim "boys will be boys".  Then Gillette proclaims that they believe in the best of men. The ad then shows men standing up against other men after Terry Crews proclaims that men need to hold other men accountable. The final line is "Because the boys watching today, will be the men of tomorrow".

So why all the outrage? It seems to me that the commercial is telling the truth. Real men need to stand up in situations that call for it. Real men need to teach our children how to be respectful and how to treat each other.  But in the commercial Gillette says men need to "say the right thing, to act the right way, and SOME already are". See the outrage comes from the word SOME. That word should be MOST. Most men already treat women with respect. Most men model good behavior for their children and most men do stand up when they see the situations portrayed in the commercial. 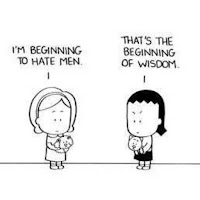 The real outrage is coming from the fact that men are tired of being the punching bag. We all know how men are portrayed on television, incapable of doing the most meaningless tasks. Men have been told for the last few decades that they are not needed. We are not needed to be present in the home to raise good children. We are told women do not need us to be happy. We read articles about our privilege and how we run "rape camps". That we are unhappy that we no longer have unfettered access to women's bodies. I once posted a joke about my wife escaping by cutting her chain off the stove and I was taken to task for my toxic masculinity. It was a joke!

Out of fear that I will just be written off as mansplaining I hope I can shed some light onto this situation. Yes men are outraged. MOST men are good men. MOST men are as disgusted by the behaviors of the Harvey Weinstein's of this world. MOST men do the right thing most days. The men I know worship their wives and children. They work jobs they hate to provide for them and do it all without much complaint. So I ask Gillette, where is our commercial? Where is our article? Why are we only focused on the negative minority of men and not on the bigger demographic of well behaving, hard working, family loving men?

Society can do a better job of lifting up men but just like most things it starts at home. There are too many broken homes. The breakdown of the family unit is the single largest reason we are facing these issues today. But we don't want to talk about that for a variety of reasons. We would rather just blame men. Studies show that just by having the father in the house children will be less likely to use drugs, alcohol, engage in risky behavior, have better school attendance and do financially better in life. Not to mention intangible stuff like knowledge, habits, and willpower are increased. Stable, healthy families are at the heart of strong societies. No wonder we all think our society has gone crazy.

So yes, men are upset but it's not about some razor companies commercial. We are tired of hearing about how we are nothing but a bunch of disgusting pigs who need to change ourselves because we are nothing but evil and that until we change we are nothing but worthless to society. But I'm one man who can tell you, MOST of us are not disgusting pigs. We are dedicated to our wives who we love very much, we love our children and would die for them. The fact that men work most of the high risk jobs to provide for their families proves that fact. We give and sacrifice of ourselves for our families, and the good ones, which is MOST of us are hurt by the fact that we are looked upon with such disgust and hate when we know what is in our hearts. So I ask, if "the boys watching today, will be the men of tomorrow", where is our commercial?