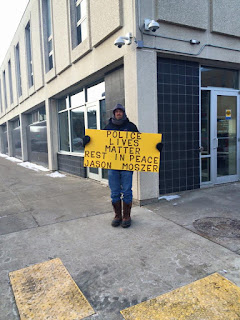 Thank you Officer Moszer, and thank you Moszer family for their is no greater love than to give your life for another and Officer Moszer did just that.
Posted by Tim "Timo" Olson at 3:15 PM 2 comments: