I have a question for those who seem to like yelling WEAR THE DAMN MASK! Who are you yelling at? Starting in the middle of July Walmart, Kroger, and Kohl's all started requiring customers to wear face protection. CVS and Walgreens started July 20th and Publix started July 21st. Sam's club, Best Buy and Starbucks all followed close behind. Costco and Apple stores had required them since May. These policies by major retailers then pushed smaller local businesses to follow suit and require face masks. Nearly all businesses and public places required you to wear a mask by August first. In fact at the time Target implemented their policy 80% of their stores already had face covering policies because of local ordinances. Below is a list of all the states that had some form of mask mandate in place by the time the major retailers announced. Of course since then almost all other states do require face masks. 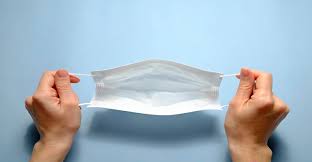 New Jersey (April 8), Hawaii & New York (April 17), Maryland (April 18), Connecticut (April 20), Delaware (April 28), Illinois (April 30), Maine (May 1), Rhode Island (May 8), New Mexico (May 15),  Massachusetts (May 26), Virginia (May 29), Michigan (June 17), California (June 18), Nevada & North Carolina (June 24), Washington (June 26), Oregon & Pennsylvania (July 1), Kansas & Texas (July 3), West Virginia (July 7), Ohio (July 8), Kentucky (July 9), Louisiana (July 13), Alabama &Arkansas & Colorado (July 16)
In a July 17th article posted in The New York Times they found that in several national surveys at the time found around 80 percent of Americans say they wear masks frequently or always when they expect to be within six feet of other people. This was before most places required you to! The number at the time was short of the universal masking public health officials have asked for, but it was higher than the rates of mask use in several other countries, including Canada, Finland and Denmark. Still the mask police were on social media yelling about how selfish Americans are.
A article in Men's Health from October 8th states the state with the lowest mask wearing was Wyoming at 65.6. I guess maybe we are yelling at them? Most states have over 80% compliance and many have a compliance rate of 90% or better. Massachusetts is the state with the highest number of people wearing masks, at 94.87%  This is followed by Maryland (94.18 percent), Rhode Island (93.5 percent), Connecticut (93.45 percent), and Vermont (93.31 percent). It seems to me we are doing really well at covering our faces. So who are we yelling at? 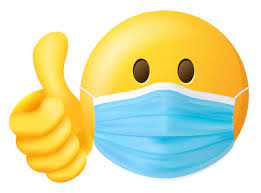 The truth is it isn't about making someone wear a mask it's about the person doing the yelling. Sure some feel really helpless and this is a way for them to feel like they are doing something to help in this pandemic. But really, just like practically every post on social media it is to fill us with self importance. To see the likes and comments of agreement. I mean you have well over 80% or more of the population in agreement. Plus we tend to surround ourselves with only like minded people on our social media anyway. So keep on yelling WEAR THE DAMN MASK! so those likes just roll on in. I can feel that endorphin rush already.